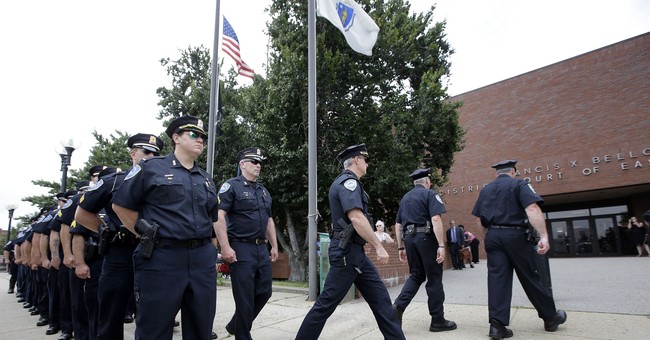 As a lawyer, I see cases where people mistake police for their own, personal counselors. People call the police and expect police officers to solve their problems.

Police officers aren’t counselors. They are enforcers of legislation, peace and order. The type of help that police provide is called arrest.

Two types of cases are notorious for people mistaking police for private counsel: (1) domestic assault/battery and (2) white collar financial discrepancies. Don’t misunderstand: sometimes police involvement is necessary in these types of cases. But other times, and probably most of the time, the parties can handle their problems on their own, prevent government interference with their choice on how to proceed, and maintain control.

The most ridiculous real-life example of a domestic assault and battery case that I can remember is of a husband who called the police on his wife, who he was divorcing, for hitting him on the arm with a soft envelope. An empty, letter-sized envelope, weighing in at a whopping 6 grams. The police officers were faced with a ridiculous decision: arrest this woman for a misdemeanor crime over an envelope because technically her conduct fell under the definition of domestic assault, or use common sense and leave those two lovebirds to their own devices.

Once police are called into your home for a domestic assault or battery, the police officers become a third party making decisions about your personal problem. The officers now get to decide who to arrest. If you cooled off and changed your mind and don’t want your loved-one arrested, you forego this decision in some states after you call the police. Under Virginia law, for example, officers must arrest whomever they find probable cause to believe committed a domestic assault. Sometimes that ends up being the person who called the police in the first place.

Police officers represent the interests of “society,” not your personal interests. They are not private counselors who can help you figure out how to maneuver through a difficult situation. They have interests that are distinct from yours and sometimes opposed to yours, even when you are the one who called for help.

A criminal arrest lands all of you in court. The arrested person becomes a criminal defendant. The one who claimed victimhood becomes a mandatory witness to the criminal case. A prosecutor decides how to proceed with the case. That prosecutor doesn’t represent the victim’s interests. While there is some overlap, the prosecutor in a domestic case must make an independent judgment call as to how to proceed with the case. The victim may disagree with the prosecutor’s course of action. But the victim lost control and decision making powers when police were called. And no, you can’t just “drop the charges,” if you change your mind; you didn’t charge this crime — the police did.

That’s what happens when you bring in a third party into your family, into your fight.

The second type of case riddled with regrets for the complaining party is a white collar financial discrepancy. These are cases where corporate executives seek government interference in financial disputes with employees. And so what could be handled as a civil matter between the parties is handed over to the police for criminal prosecution as a white collar violation.

“It’s easier the police deal with this problem than us,” an executive might foolishly opine. That’s how it may appear in the beginning. But that is shortsighted.

Eventually, trial preparations will come along. And corporate documents and records will be requested by police and subpoenaed by the defense attorney. The executive doesn’t get to choose what to hand over. And the corporate executive will be subpoenaed for courtroom testimony, along with his coworkers. Sometimes even corporate clients are subpoenaed to testify. All of a sudden, the executives are filling their weeks with hearings and document review instead of working on the business. All of a sudden they may need to explain the subpoenas to their clients.

A public criminal trial may even end up in the news, and the private problems in that corporation are now publicly broadcast to the company’s full client base.

The optics look bad in this situation. The company appears incompetent and untrustworthy. It’s bad publicity and it’s bad for business.

Same goes for non-profits. Organizations have donors. And when donors see that a non-profit has criminal problems internally, all of a sudden they are less than enthused to donate.

The executive now regrets not making a simple financial deal with the former employee before all of this began.

Criminal trials are a public airing of private grievances. Whether the case is against an ex-husband or an ex-employee, the result is a loss of control over what happens once the government becomes involved. Think long and hard before you call the police. Consider whether it’s worth it to you.

Oh, and in that envelope case, the officers decided to leave the couple to their own devices. They saved the envelope assailant from arrest, booking, bonding, trial, conviction and sentencing. She got lucky. So did her husband. They saved him from having to grovel to the prosecutor about changing his mind, trying to get the charges dropped.