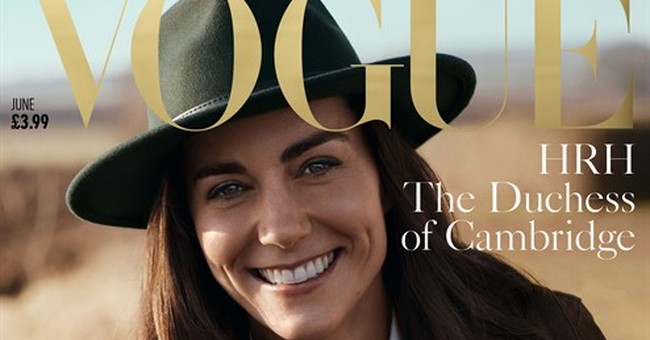 But not just politics — socialism, to be exact.

Some headlines from Vogue and Teen Vogue:

June 25, 2018 – 28-Year-Old Alexandria Ocasio-Cortez Might Just Be the Future of the Democratic Party

October 15, 2018 – How Alexandria Ocasio-Cortez and Other Progressives Are Defining the Midterms

In a tweet to promote the first article on the list, Teen Vogue wrote, “Capitalism is a huge driver of inequality, both social and economic.” After Vogue promoted Ocasio-Cortez in October with a photoshoot by the industry’s best photographer Annie Leibovitz, Teen Vogue tweeted, “Can’t #endpoverty without ending capitalism!”

Somehow, the same editors who were pushing 5 oz cremes for $330, an act of sheer capitalism, are now telling us that socialism is the key to prosperity.

But why socialism? On the one hand, this move into leftist politics can be seen as a capitalist business decision: since their client base is young women, and the statistical majority of young women claim in polls that they vote left, the magazines may have simply decided to appease the statistical majority of their desired client base. On the other hand, it appears to directly conflict with the capitalist message of the fashion and beauty industry as a whole, which can be summarized as “be superior, not plain” — an extremely competitive ideology, not a socialistically complacent one.

If Vogue wishes to end capitalism, they need to start with becoming a non-profit organization. They need to end advertising for capitalist businesses. They need to stop promoting the concept of competitive beauty and high-end fashion. Continuing to engage in these practices is wholly dishonest for a business that claims that we need to end capitalism. How dare Vogue attempt to profit from peddling $1395.00sandals and $1500.00 boots for businesses that are also making a profit  — that’s blatant anti-socialist, capitalist profiteering! But Vogue likes double-dealing; having the best of both worlds. Vogue is duplicitous in its attempt to promote both capitalism and socialism simultaneously.

And yet Vogue is not alone. On Sunday, November 4, in anticipation of the 2018 midterm elections, Marie Claire released an article entitled, “50 Influential Women on Why They’re Voting in the 2018 Midterm Elections,” a who’s who list of outspoken leftist women. It featured proud socialists and extreme leftists, as well as celebrity democrats. Conservatives were conspicuously left off the list as if the concept of a conservative female vote was deemed surely unwomanly by Marie Claire.

But Marie Claire was not sorting through “influential women,” as it claimed. If the headline was honest, then it would have had to feature the most influential American woman in the world, Nikki Haley, who dauntlessly stands up to menacing monarchies, dictatorships, and theocracies, like Saudi Arabia and Iran, on a daily basis. And Marie Claire would have included other influential conservative women, like Michelle Malkin, who has been a syndicated columnist since the 90’s, has written multiple books, is a staple on Fox News, has an independent investigative reporting show, and is fighting to free wrongfully convicted prisoners.

Marie Claire was not concerned with promoting “women” or “voting.” The word “women” was but a political ploy in the headline. Marie Claire, just like Vogue, was primarily concerned with promoting socialism, not women. As such, the list of 50 was a shrine to leftist women and socialist causes, intended to motivate their female readers not to just “vote,” but to vote left.

Simultaneously, Marie Claire told women to buy $55 lipstick, on sale for a mere $44 per tube! How suspiciously unsocialist of them.

The fashion world and the beauty world have historically leaned left while profiting in capitalist markets. But the magazines’ political interjection into the midterm elections and the shameless whitewashing of socialism have taken their political leanings to a whole new level. Caveat emptor.