Is the Southern Poverty Law Center Taking Things Out of Context Again?

Is the Southern Poverty Law Center Taking Things Out of Context Again? 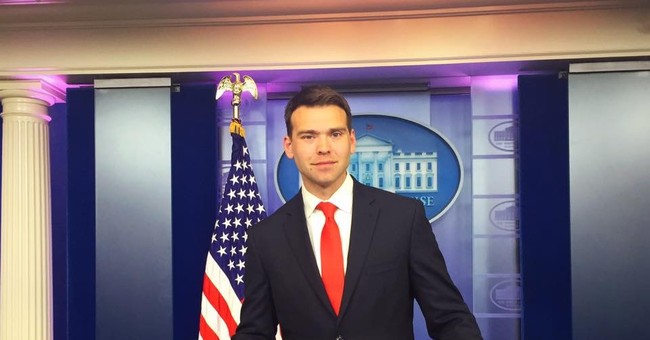 The Southern Poverty Law Center has spent the month of July committedly attacking conservative journalist Jack Posobiec with an array of nasty charges. The hit-pieces ranged from serious allegations of antisemitism to bizarre shaming of his affiliation with Donald Trump.

When I questioned the SPLC narrative on Twitter, pointing out their inconsistencies and unpersuasive reliance on circumstantial guilt-by-association, the leftist tactician behind the attack, Michael Edison Hayden, responded in a demeaning manner. His friends joined in, attempting to elucidate through SPLC’s re-education pieces. Remaining unpersuaded by the political puff pieces, but genuinely curious, I decided to go straight to the source and ask Posobiec directly.

I confronted Jack Posobiec with tough questions. Here is how he answered.

Jack, are you an antisemite?

“No. That’s absolutely false. I’m absolutely not an antisemite. Not in the least.

I’m a Catholic who regularly attends Mass with my family and a firm believer in the goodness and dignity of every immortal soul. In our faith, we believe that we are all children of God, and I personally believe that to be true. There isn’t a person on Earth I don’t pray for, and when I served in the military, I did so for the benefit of all Americans, no matter their background.”

Various prominent Jewish Americans came to your defense, calling you a personal friend and even a defender and supporter of the Jewish community. Did these people lie?

“This past week, the Director of the Rabbinical Alliance of America wrote me a letter commending me for my work defending Jewish communities in America that are under attack. As you say, many other notable Jewish Americans came to my defense as well, and I am blessed to have their support and friendship.

Their words are sincere. People who know me or follow my work know my heart. My wife and I visited and prayed at the Auschwitz concentration camp. Our religious Jewish friends celebrated with us at our wedding. We honeymooned in Israel. That is the real me.”

SPLC is using screenshots of your old Tweets to insinuate that you are antisemitic. Are they misrepresenting the message you were conveying?

“There is nothing truthful about the message they are conveying in these smear pieces about me. When I’ve called people out on Twitter or anywhere else, it had nothing to do with their ethnicity or background, but the things they say and do, especially those abusing their power. The people I’m concerned with are those who exploit and mistreat others from positions of power, and that goes for people from Jeff Bezos to the CCP to Mitt Romney to Megyn Kelly. It’s not based on their religion.

It really is interesting that SPLC will spend thousands of words going after some old tweet of mine from years ago, then present it completely out of context. But when celebrities like Nick Cannon, Ice Cube, and DeSean Jackson are spreading actual bigotry to massive audiences, they just aren’t interested. Why are they obsessed with me? Is it because at the end of the day they are really about Donald Trump?”

You have reported on and retweeted people that are undoubtedly antisemitic. Can you explain how you justify doing that?

“Yes, I’ve reported on antisemites on the right and on the left, be it Louis Farrakhan and the Black Hebrew Israelites, or the alt-right and the history of Americans collaborating with the Nazis. I’ve also reported on anti-Christians. I have reported extensively on the ongoing Muslim genocide in China. I have gone in-depth on the rise of the anti-government Antifa insurrectionist movement in the West. Sharing information on these groups and movements with my followers certainly does not mean I share their beliefs. I have never personally endorsed the hate messages of any hate group, even though I have posted stories about them.”

Richard Spencer took a photo with you at a bar after a Republican event. The SPLC seems to imply that this means you have a relationship with him or align with him. What are your ties to Richard Spencer?

“Richard Spencer is a Nazi. I am not his friend. I go to tons of events and get asked to take selfies all the time. I don’t recall this particular photo and I never posted it. I’m actually one of the people who led the fight to remove Spencer and the alt-right from the MAGA movement, the complete opposite of what SPLC is alleging.

Back in 2016, Spencer attempted to infiltrate the MAGA movement of Trump supporters, of which I was an early member. Once we saw what was going on and what he was up to, we banned him from attending our events. TMZ wrote this up. He tried to crash an after-party we held at the inauguration, and we threw him out again; The Atlantic covered this. In June 2017, I took it to the next level and held a rally at the White House specifically to counter-program him and his hate group that was holding an event on the same day at the Lincoln, and The New Yorker covered that story. Of course, the people writing the SPLC smear pieces left all this out because it didn’t fit into their repugnant narrative against me.

It’s pretty disturbing to know that even though I’ve fought against this Nazi, someone can turn it around and try to insinuate that I’m his ally.”

“Poland and America are both strong examples of places in the world that fight for freedom and Western Civilization, rooted in Judeo-Christian values. I am proud to be an American of Polish descent. Many of the anti-Semitic elements in Poland are actually tied to Russian influence operations designed to smear Poland in the eyes of the world and weaken the center-right parties that stand up to Moscow, which is nothing that I support. I’ve reported on many groups in Poland and around the world, but I’ve never supported any hate group. Again, reporting on someone doesn’t mean you support them, and only the most disingenuous smear artists would suggest such.

For example, in 2018, the country held a parade on Polish Independence Day that drew over 200,000 people from around the country. The President spoke, it was a major event; just about every political party in the country was there, along with seniors, veterans, and Catholic nuns. But SPLC selectively edited the context to make it seem like it was a parade about hate. It wasn’t.”

You have a wife, a son, and a baby on the way. How has the SPLC’s attempted character assassination affected your family? How do you feel about your family name being dragged through the mud?

“I feel like these people wouldn’t care if my family was killed because mearing conservatives is their business model. The SPLC is already responsible for one shooting, when one of SPLC’s deranged followers shot up a Christian family group in DC that they designated as hateful. He brought Chick-fil-A sandwiches to smear in the faces of dead bodies and said he wanted to kill as many people as possible, after retrieving target information from the SPLC’s website.

My family, we’re patriotic Americans. We pay our taxes, go to church, and are always there to help our community. But to these con artists, generating hate through smears is just a way to make money off people like me, people who support Trump. That’s all they care about in the end, not the truth.”