Judge Kavanaugh is as American as Apple Pie

Judge Kavanaugh is as American as Apple Pie 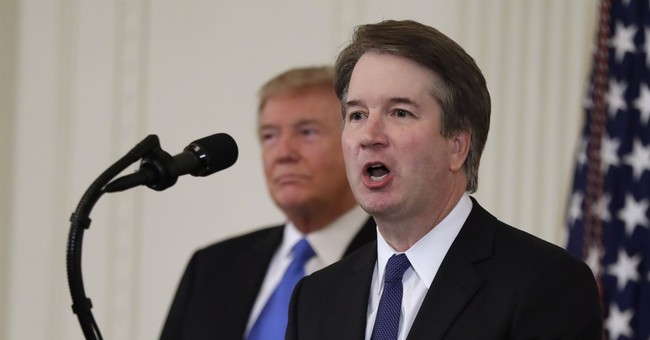 Brett Kavanaugh is a solid Conservative choice, another campaign promise upheld by Trump. Kavanaugh believes in individual liberty, preserving the Constitution and the American rule of law. He has pledged to keep an open mind in every case but to adhere to precedent, statutory language, and the Constitution. A judge must not make the law, Kavanaugh preaches.

Kavanaugh comes from a working family. He watched his mother work her way up in life. She started out as a teacher in D.C. public schools, supported herself through law school, became a prosecutor, and then a trial judge. “The president introduced me tonight as Judge Kavanaugh. But to me, that title will always belong to my mom,” he proudly declared. The 53-year-old humbly looked up to his mother even as he stood at the podium accepting his nomination to the Supreme Court.

“My mom was a teacher. In the 1960s and ‘70s, she taught history at two largely African American public high schools in Washington DC… Her example taught me the importance of equality for all Americans.”

His father also worked his way through law school. His father instilled in Brett Kavanaugh the love of sports and the love of life.

Kavanaugh is also a practicing Catholic. 40 years ago he was an Altar boy, while these days he serves the Church by volunteering with the clergy to serve meals to the hungry.

He graduated from Yale Law School. Kavanaugh then clerked for Justice Kennedy, together with Neil Gorsuch. He was then hired by liberal Justice Kagan to teach at Harvard law school. Kavanaugh was appointed to the D.C. Circuit Court of Appeals by President Bush. His background has prepared him precisely for the job of Supreme Court Justice.

Everyone who has known him or worked with Kavanaugh has given him a glowing endorsement. He is being described as “truly good,” hardworking, “honest,” “the real deal, “a textualist, “a Constitutionalist.” Trump even made President Bush happy with Kavanaugh’s nomination, who sent a note commending Trump on the wise decision.

He is an honest man, a proud American. He reveres the Constitution and he is dedicated to public service. Judge Kavanaugh is as American as apple pie.