Korematsu Has Nothing To Do With Trump’s Travel Ban

Korematsu Has Nothing To Do With Trump’s Travel Ban 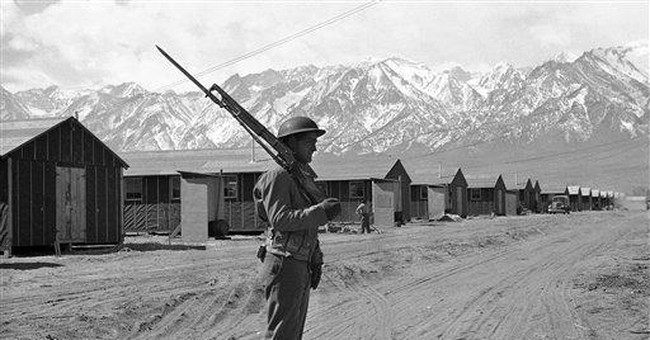 “Korematsu has nothing to do with this case.” Chief Justice Roberts, Trump v. Hawaii.

In 1944, in the middle of World War II, the Supreme Court decided that the U.S. military had authority, based on urgency created by war with the Empire of Japan, to segregate all citizens of Japanese ancestry from Americans of other descent. That was Korematsu v. United States. Historically, that case is associated with the shameful internment of American-Japanese and Japanese nationals residing in the United States.

“Korematsu was gravely wrong the day it was decided,” Justice Roberts wrote in Trump v. Hawaii, but it has “nothing to do with this case.”

During the Second World War, the government overtly discriminated against U.S. citizens and those inside the U.S., based on the characteristic of Japanese ancestry. Discriminating against those inside of the U.S. based on national origin is prohibited because of rights retained by people on U.S. soil, but the same does not hold true for aliens wishing to enter the U.S. This is because alien entry into the U.S. is a privilege, not a right.

In 2017, Trump legally limited entry by aliens into the United States. Foreigners wishing to enter the U.S. are subjected to a different set of laws than those on U.S. soil. The laws protecting people on U.S. soil do not extend past our border, into foreign lands, and onto aliens.

In fact, the President has power under 8 U. S. C. §1182(f), to limit alien entry when he finds that entry “would be detrimental to the interests of the United States.” This is a broad, discretionary power that the President gets over our border. Obama, Clinton, Carter, Reagan – all exercised this power. Carter denied entry to all Iranian nationals. Reagan denied entry to Panamanian nationals. In all, 43 suspension orders were issued by U.S. Presidents under this law before Trump issued his travel ban. The Presidents were limiting privileges, not rights.

So while Korematsu was wrongly decided because it deprived people on U.S. soil of protections under U.S. law, that error does not extend to alien entry into the United States.

Sotomayor, nonetheless, found an emotional and political advantage in comparing Korematsu to Trump’s travel ban in her dissent in Trump v. Hawaii. But in doing so, she disgraced the abuse that the American-Japanese suffered during World War II. American laws failed to protect those inside of our borders in the 1940s. But the protections they should have received have never extended past our borders into foreign lands. We do not owe protections to aliens outside of our borders.

Trump’s team correctly argued that because aliens have no “claim of right” to enter the United States, and because exclusion of aliens is “a fundamental act of sovereignty” by the political branches, review of a travel ban is outside the province of our courts. The Court nonetheless engaged in rendering an opinion. The idea that a U.S. court can opine on this matter may have created the illusion that an alien has a “right” to enter the U.S. While the opinion sided with Trump and properly interpreted the law, it is important to bear in mind that the Court’s opinion did not give aliens a “right” to contest their entry into this country — standing in Court was only granted to relatives of those wishing to enter; and, the Court may have overstepped a legal boundary in rendering the opinion, as aliens outside of the U.S. are not entitled, and have no right to enter the United States of America, yet our government does have a right to exclude them without recourse.