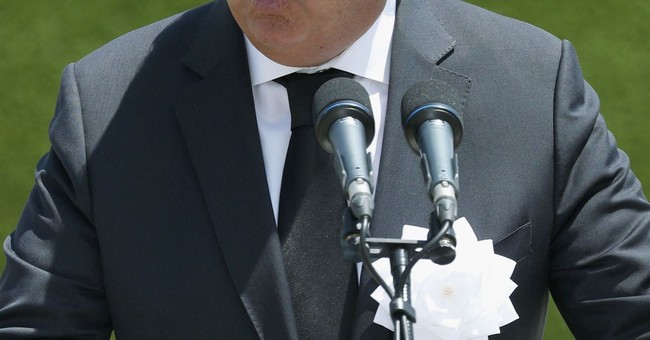 In yet another showing of blatant antisemitism, the United Nations Secretary-General, Antonio Guterres, declared last Friday that the Gaza Palestinians, who have been violently attempting to infiltrate the Israeli border to “kill the Jews” and “burn the Jews,” are the victims and in need of armed security.

This mind-boggling defense of terrorists is of no surprise to those of us who follow UN politics. Earlier this summer when the US walked out on the UN Human Rights Council, Nikki Haily issued a statement on the decision, calling the Council a protector of “the world’s worst human rights abusers” with a “chronic bias against Israel.”

The UN has maintained a consistent position of hatred of Israel since 1967. Why? Because the existence of a Jewish State is an affront to the 47 Muslim-majority countries at the UN who do not believe that Jews should have a country, let alone live side-by-side with them. It is an anti-Jewish, hateful position that is inconsistent with the word unity that crowns the title of this deceptive organization.

In 2017, Asaf Romirowsky, an expert on the Israeli-Palestinian conflict and a guest lecturer for a group of students in Geneva, took the group to the United Nations on a field trip. He experienced the “chronic bias against Israel” first-hand. It was the 50th anniversary of the Six Day War and every country made a statement about the war to the students. What did they say? Every single country discussed the “atrocities that the Israelis committed.” Every. Single. One. “Israeli atrocities.”

Recall that the Six Day War was necessary for Israel to stop the constant bombardment by Syria of Israeli towns, the Egyptian attacks on Israeli forces, the Egyptian militarization at the Israeli border, and the Jordanian joinder with Egypt. Israel was being threatened by every neighboring country. Not to mention the other Arab states which came to join the neighbors: Iraq, Kuwait, and Algeria, all of whom sent troops to join the Arab coalition against Israel. Within 6 days, Israel, a tiny country filled with Holocaust survivors, miraculously overcame the Arab Goliath coalition. Israelis did not commit “atrocities.” No. Instead, they defended the tiny bit of land that they had with all of their might, the land that they hoped will keep them safe from antisemitic assaults that they had experienced throughout the 2,000 years of diaspora. The Israelis were able to capture the small adjoining territories that were being used by the bordering countries to attack Israel. For this, the UN and liberals everywhere, have never forgiven Israel.

Every UN country blames Israel for defending itself, and every UN country believes that the core of Middle East problems resides with Israel. “The UN is just a mouthpiece for dictatorship regimes,” Romirowsky explains.

For this reason, instead of calling out the Gaza Palestinians for their violence, terrorism, and hate, leftists and the UN placate them.

The Palestinians also have growing support from leftist politicians and leftist news organizations. But why? Is the Palestinian movement overall sympathetic?

No. The Palestinian movement is a type of Islamist Jihad that is opposed to freedom— “a movement to liquidate a free society through conventional war, subversion, shootings, bombings, suicide attacks, rockets,” explains Elan Journo in his book What Justice Demands: America and the Israeli-Palestinian Conflict. The underlying goal is to overthrow Israel, he writes. The Palestinian movement has shown us time and time again that Palestinians do not want to live in peace with the Israelis. Instead, they want to destroy Israel and its free society and replace it with a totalitarian Islamic state.

But the Palestinians remain impoverished. And that is all that leftists need to know. They do not care that the Palestinians have spent BILLIONS of dollars in aid that they have received over the past two decades on terrorism instead of on infrastructure, education, and health (over $5 billion alone in US aid – that’s money taken from you and me). Leftists do not care that it is not Israel’s fault that the independent choices made by the Palestinians, like their continuous dedication to terrorism, are the sole causes of their continued struggle. Leftists simply blame Israel because Israel looks wealthy next to the Palestinians, who look impoverished. And that easy visual juxtaposition is more than sufficient for them.

“Everyone at the UN believes that the Palestinians are the victims. The UN doesn’t question that,” Asaf Romirowsky affirmed.

Moreover, the Israeli use of moderate force, which barely fights back against terrorism, appears treacherous to the left, who believe that Israel is wealthier and stronger and should just take it.

Israel is simply the recipient of anti-Jewish and anti-commerce hatred that is a collective result of Islamic and liberal ideology.

In his statement to the UN, Antonio Guterres appeared to try and separate the Gaza “civilians” from the Gaza terrorists, although he failed to mention terrorism or Hamas. But Gaza is 100% controlled by Hamas, a terrorist organization, explains Romirowsky. “Hamas is a religious Islamist group. The Hamas Charter clearly states that the destruction of the Jews is their goal. They have always been consistent: they want to kill Jews. Hamas rhetoric is in the Palestinian school system and their mosques. Hamas rhetoric fuels everything in their region. Their society is a culture of incitement and indoctrination. The word Hamas itself means acting in a violent, religious, zealous way. Their name in itself has a militant, violent connotation in Arabic, it impassions violence.”

That terrorism reward cash, by the way, comes from American taxes.

Should the UN arm and protect the terrorists attacking Israel? No. But will they? If history is of any indication, the answer is an unequivocal yes.